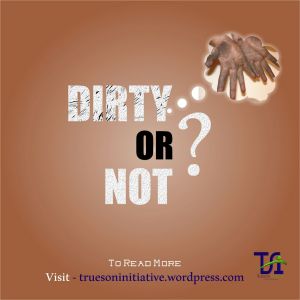 I met him again today, his soft touch melted my resistance and his words seem to get me. Why do I feel this way around him? I enjoy his tour but yet it’s forbidden, father doesn’t like the fact that I go to him. I feel dirty and weak, I mean I speak in tongues and even lead the worship team but the way he touches me, oh why do I feel weak around him and what makes it sadder is that I enjoy them. The sounds of his voice are like fine music and his sweet words make me feel whole, at least for a minute. After then, I feel empty, void and father’s words come to me like a hammer and shatters my heart. Kunle is like a drug to me, I am addicted to him, his way of touching me and his lure weakens my feet. I remember how we met, he was an NYSC member that had just come to town and being the leader of the welcome team I was the one who welcomed him. He is handsome, soft spoken and had an aura of mystery around him, his huge frame and bulging biceps were further outlined by his round neck T-shirt. I remember the orientation session, his eyes were focused on me throughout, I remember thinking it must have been the effectiveness of my words. I was not surprised when after the service he asked for my phone number, I declined since it was against church policy for workers to exchange numbers with new comers whose level of faith have not been ascertained. Even then, I felt like breaking the rule for kunle, he had a way of making me break the rules. It was no surprise that by the next service he had become a regular member of the church, joined the foundation school and had become active in church activities. I was happy when Pastor Bosun informed me that Kunle was posted to my unit which was the music ministry. In no time, he had become the darling of everyone, I was proud of him and quickly associated with him. He sometimes referred to me as his teacher and that made me blush. I remember how he bought me gifts and made me laugh. I would always urge him to focus on his spiritual growth which he would often affirm for me that it was his priority. I gradually got drawn to Kunle’s dedication and seemingly rapid spiritual growth and we became close and closer till I started seeing him every day.

Maybe I should have stopped there but I have come to enjoy the allure of his presence, his funny jokes and how he teases me had made me soft. We chatted, called and texted everyday, I remember pastor warning me about how suddenly close I and Kunle had become, I simply waved it away as just normal interaction. I had become blind to reason and had finally walked the path of secrecy, kunle would suddenly insert some strange remark about how he would like to fondle my breasts, I would get angry and he would apologize. This happened during our chats, gradually Kunle planted the seeds and he would then wet it with complements and gifts. I had a soft spot for him and he knew it, this might be because of his sweet words, masculine look or the fact that he evokes emotions I never thought was there. I remember the day Kunle took my virginity, the petals of my rose flower. My dad called me Roseline for a reason, his favorite daughter was his apple and he often boasted of how I was different from the others, a rose flower carefully watered to beautify, created for virtue and raised to bear seeds that would raise nations and yet the rose petal was plucked and the rose trampled on. Kunle invited me over under the pretext that he was sick and naturally I wanted to go see him, I was oblivious to his machinations and like a prey, I fell into his trap. I rushed in only to find him healthy, I was angry with him but he kept laughing and I made to hit him playfully, he caught my hand and drew me close to himself, my legs became weak under me, and with his mouth he drew out my resistance with his mouth through mine, I wanted to fight back and I think I did. I was furious about what he did, I headed out but he caught me, his strong arms were too much for my already weak body, he turned me around again and planted the second kiss, this time I kissed him back if only for a moment, the strange popular saying “the spirit is willing but the body is weak ” The body had become its own master, the spirit had become a spectator and like an Orchestra, Kunle’s touch was directing it’s movement and it’s musical notes were moans of pleasure and like that, my petal was plucked. After that, I remember leaving Kunle’s house feeling pleasured bodily but dirty, it seemed like everyone knew of our misadventure. Kunle assured me that I did nothing wrong and said father would forgive us, we slated sessions for prayers of forgiveness but indeed we didn’t pray at all, our prayer sessions became theaters for lust and my body enjoyed it. I wanted to have him every time and he wanted me, I would feel dirty but only for a while. I would rationalize it with words like God forgives.

Gradually, the rose flower began to wilt, I avoided pastor’s inquisitions and slowly alienated myself from the brethren. I desperately wanted to avoid father seeing me like this, I have become naked and unworthy in his sight and yet I would minister in songs and souls blessed. I would lift up hands and wonder if mine were holy, seeing Kunle only served to expose my dirtiness. Gradually, I withdrew from father’s presence and started missing church, I had become addicted to Kunle and though each session was followed with guilt, breaking my addiction was a herculian task. I am dirty and feel ashamed of him, I have been hiding after each session and like Adam I am hiding from father but people keep saying Jesus has come and died for my sins but why do I feel the weight of it. I would talk but the Pastor might judge me, he might be disappointed that I have aborted three times for Kunle. I need help but I am afraid of coming to him, I would often cry myself to sleep, my eyes now carry sorrow, the once nourished flower, wilted and not pleasing to look upon. But wait, the saviour looked like this on the cross and people say he did that for me, maybe I should go back to him. I feel dirty and yet I am running from the father that can wash me.

Who am I? I AM You. I am you struggling to get out of that habit, feeling guilty after every act of sin and hiding from the father that can help you, Christ won’t judge as he has already been judged on your behalf so stand up and meet the father for he is waiting for you and ready to wash you clean.

KINDLY REFER TO MY INITIAL BLOG POST ON DEALING WITH GUILT TO KNOW HOW TO GET OUT OF SITUATIONS AS THIS.

One thought on “DIRTY OR NOT”